The Norwin Art League (NAL) was founded in March, 1954, by George S. Koury. Mr. Koury, an accomplished artist, founded the League to promote art appreciation in the community. In the beginning, evening classes for adults and an annual art exhibit were NAL’s principal offerings.

During the past 60 years NAL has been in several locations throughout the Irwin area. Initially, the league met in the Irwin Borough meeting rooms, and has had various other homes such as the old library basement, the third floor of Zodnik Building, the Straw Pump Woman’s Club building, and the old Nike Site. In 1987, NAL moved to Manor Valley Plaza and started expanding to include a broader range of classes, demonstrations and craft workshops. After that, the NAL moved to Manor Western Avenue (Business Partners) in 1990 and in 1999 it moved across the road from Café Supreme. NAL has been at its present address at 306 Main Street in Irwin for the past 8 years.

NAL has hosted annual art exhibits since its conception. In 1975, in conjunction with North Huntingdon Township, the Oak Hollow Arts Festival was born. It grew to include not only art exhibits, but various local craftspeople, refreshments and entertainment. Ten years later, the Festival moved to the Nike Site Center and officially became the Norwin Art League Festival.

In 1988 Lenny Santimyer, then President of the Irwin Business and Professional Association (IBPA), was able to help move the festival to Irwin proper. Held in conjunction with the IBPA’s Annual Strawberry Festival, the exhibit took place at the First Methodist Church on Main Street. Over time and as NAL grew in membership, the venue moved to the former Greengate Mall, for approximately nine years, and then to Monroeville Mall for a few more years and was held as a regional art show which took place every September. It is now known as the Norwin Art League’s Annual Exhibit and takes place at Redstone Highlands Clubhouse located off of Lincoln Way in North Huntingdon.

Sadly, Mr. George Koury passed away in 1987, but his achievement and dream have continued to promote art appreciation in the community for more than 60 years. 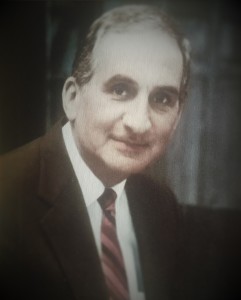